A dermatologist is a medical doctor, earning an MD (Doctor of
Medicine) or a DO (Doctor of Osteopathic Medicine) license that allows
the individual to specialize in treating many of the physical features
that make you human.
Acne is the most common skin disease in the world — 80 percent of all
people experience an acne breakout at some point in their lives, often
during the teenage years. Acne is a skin condition in which the pores
become clogged with sebum (oil) and dead skin cells. These clogs are
referred to as comedones or blackheads and whiteheads.
Propionibacterium acnes bacteria found on the skin can becomes trapped
in these clogged pores. As the bacteria thrive on the sebum and
pustule begins to form. Over time this triggers an inflammatory
response from and a deep tender cystic lesion may form, which may
eventually lead to follicle rupture if untreated.
Eczema, also called atopic dermatitis, is one of the diagnoses you get
when you have red spots on your skin that become inflamed and itchy. A
top dermatologist in Manhattan recognizes the symptoms right away and
recommends the best treatment for eczema based on your current health
and medical history.
A chronic yet routine skin condition in people over the age of 30,
rosacea generally manifests itself as the extreme visibility of red
blood vessels in your cheeks, nose, and forehead. It often appears in
flare-ups lasting for several weeks or even months, only to then
temporarily disappear into remission. Unless you have it treated, it
will continue to recur.
Psoriasis is one of the more misunderstood skin disorders today. It’s
a condition where your skin cells’ life cycle changes so that they
regenerate much more rapidly. In fact, skin cells multiply 10 times
faster with psoriasis. As a result, the cells build up on the surface
of your skin. 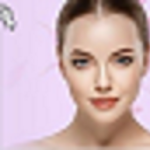 To contact this listing email your details to dermatologistc@gmail.com